The history of Novruz in Azerbaijan with its traditions of jumping over bonfires and popular entertainment goes back millennia. 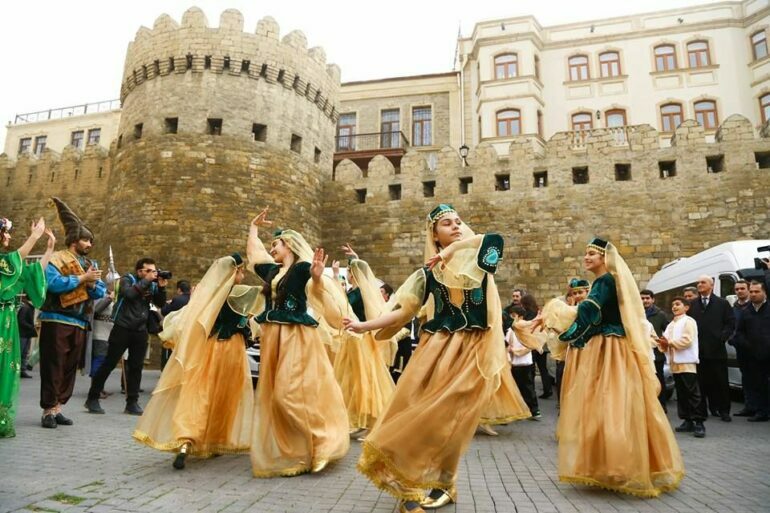 The Azerbaijani people have several holidays connected with agriculture and stock-rearing, which have been celebrated since time immemorial. But the holiday of Novruz, which marks the coming of a new astronomical year and the reawakening of nature, has always been the Azerbaijani people´s most cherished holiday. Novruz is celebrated every year on 20-21-22 March, from the moment of the vernal equinox. But according to tradition, people begin to prepare for this holiday from the last month of winter, continue the holiday celebrations with the arrival of the equinox and carry on celebrating into the. 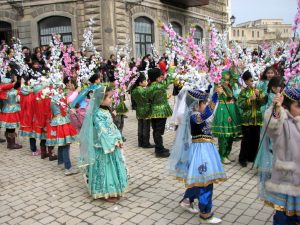 The history of Novruz in Azerbaijan with its traditions of jumping over bonfires and popular entertainment goes back millennia. Some customs, such as the collective performance of the Yalli dance, are reflected in the rock paintings at Qobustan. Azerbaijanis in the villages near Qobustan today perform these ancient ceremonies to mark Novruz.

In days of old Novruz in Azerbaijan was called Turan and was celebrated for seven days. Under the influence of this custom weddings in Azerbaijan used to last seven days and the number seven is still reflected in the tradition of having seven different dishes on the holiday table. 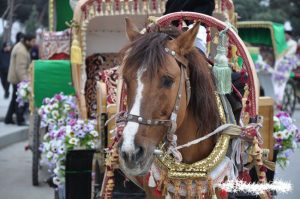 The centuries of Novruz celebrations in Azerbaijan have left an indelible mark on the poetic heritage. There are many poems devoted to Novruz written by classical authors and modern poets. People have always sung songs about Novruz, both folk songs and professional pieces. The great Azerbaijani poet Nizami Ganjavi wrote in his Khamsa or Five Tales that Novruz was celebrated in 350 BC, that is, 24 centuries ago.

Every year Azerbaijanis celebrate the last four Tuesdays of winter before Novruz, which are known as Ilakhir Charshanba. The Tuesdays represent the elements of life – earth, wind, fire and water. There are many poems, songs, rituals and beliefs concerning each of these Tuesdays.

Every year on the eve of Novruz traditional sweets and cakes are made: 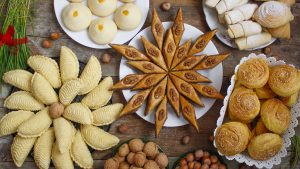 Shoots of sprouting wheat are an essential decoration of any Novruz table. A few weeks before Novruz, take a handful of wheat seeds, which symbolize abundance, water them, and sing the traditional song ´Seeds, protect me, and I will grow you every year.´ 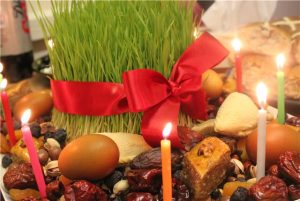 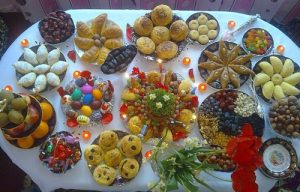 The oldest continuously inhabited place in the world is called an "Isl...

The country has excellent conditions for ecotourism, known as one of t...